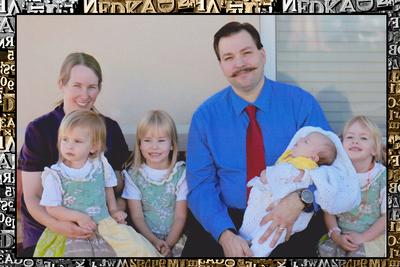 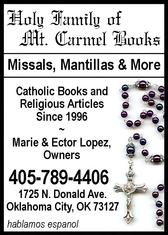 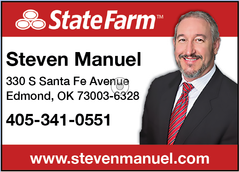 Orémus Press is a privately-owned family business apostolate which promotes the Catholic Church. We consider all 23 Rites of the Church to be valid and legitimate, and while our preference leans more specifically toward the Extraordinary Form of the Latin Rite, we encourage ANY form or liturgical rite which is celebrated reverently, properly and legitimately. We support and are obedient to our local Archbishop Paul S. Coakley of Oklahoma City, The Magisterium, and to our Holy Father, Pope Francis, the Vicar of Christ.

[Regarding turmoil in the Church as of Summer, 2018, yes we will still consider Pope Francis as the legitimate Vicar of Christ, unless and until The Church properly and legitimately determines otherwise, however that may come to pass. Meanwhile, we pray, and encourage others to do the same.]
Founders Jeremy and Monica (Milot) Ingle were married in June, 2010. He had been a life-long non-denominational Protestant Christian, and she was raised in the local Catholic Tridentine Mass community. Upon Jeremy's conversion in 2009, he was determined to "catch up" with the faith that he had missed out on all his life, and to give back to the Church that was his new-found home. Thus began Orémus Press, which they founded in November, 2010 with the assistance of Fr. Howard Remski, FSSP.
In the beginning, the publication served primarily as a parish newspaper for the newly-established St. Damien of Molokai Catholic Church on the prairie west of Edmond, Oklahoma. Since that time, with the gradual addition of more Catholic news and article sources, Orémus Press has grown in appeal beyond the boundaries of the local parish. Circulation has steadily grown to serve other parishes and sites in the Oklahoma City area, as well as Tulsa, and Clear Creek Abbey in eastern Oklahoma. Orémus Press is now being read by subscribers across the United States...and a few overseas!
As of July 2016, Jeremy and Monica have four daughters, Veronica Rose, Samantha Philomena, Margaret Anne, and Zita Maria della Grazie, one son Charles Stephen Bonaventure, and one son in God's Trust, Raphael David. The family attends the Extraordinary Form (Tridentine) Mass at The Parish of St. Damien of Molokai, (8455 NW 234th St., Edmond, Okla.), which is administered by the Priestly Fraternity of St. Peter, in union with the Archdiocese of Oklahoma City.

But How Can You Promote This Church in Turmoil?
Yes, there are serious problems at every level within The Church today, as there always have been - from the top, all the way down to we lay-folk. The first pope, St. Peter, denied Our Lord three times, after another of Jesus' own hand-picked Apostles, Judas sold Him out. Talk about scandal! There are a variety of Catholic publications and media outlets today who are well-situated to tackle the internal Church scandal issues. We just pray that these issues are resolved and God's Justice is served.

Orémus Press will address what we can, when we can, but we prefer to highlight the good and true of our Holy Catholic Faith, and re-present the tried-and-true from the past 20 centuries...and while we certainly aren't neutral, we also aren't going to lose our peace - or endanger yours - by stewing about troubles we can't change.

The Gates of Hell WILL NOT PREVAIL...and although it may not look like it to us little humans, God has all of this under control. Just live our lives, try our best not to sin, make amends when we do, and pray. He who perseveres until the end will be saved. Our motto is "Stay in the Boat."

Who Is Your Authority?
Despite the often rough seas in which we find ourselves, we at Orémus Press continue to support (and are obedient to) our local Archbishop, The Most Rev. Paul S. Coakley, Archbishop of Oklahoma City, and our current Holy Father, Pope Francis, the Vicar of Christ.

Without obedience to our legitimate authorities, and trust in the Guidance of the Holy Spirit, we are lost.
† Jesus, we trust in Thee. † 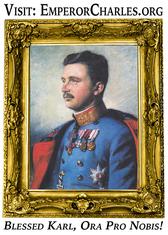 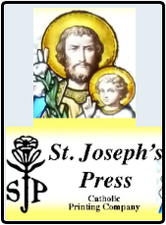 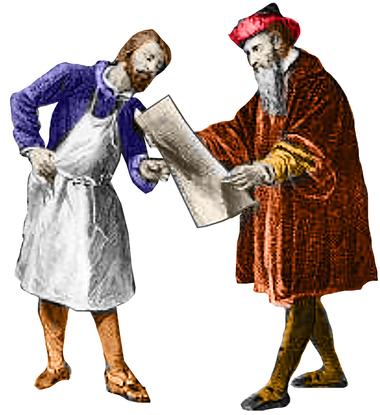 THE OREMUS PRESS FAMILY - Jeremy and Monica Ingle (Editor and Co-Publishers, respectively) along with children, from left, Margaret, Veronica, Zita and Samantha. 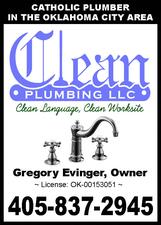